It’s estimated that a staggering 42% of South Africans are planning to shop this Black Friday, which means billions of retail Rands will disappear from South African consumers’ bank accounts in the blink of an eye!

The irony is that many of us “bargain busters” will get swept up in the hype, even though we don’t necessarily have the money to spend. But we will splurge, and retailers will be rubbing their hands with glee, because they know a unique personality type is either going to pitch up at their store or login to their site.

We turned up last year, and we’ll will turn up again!

There are 3 types of Black Friday shopper personalities, the question is which one do you identify with most:

1. The shopper with a plan

Let’s be honest for a second, if you’ve been planning on buying a new TV for the past year, and you’ve had the discipline to wait until this Friday to pick up a good deal, that’s a smart money decision.

Anyone who has taken the time to save enough money to take advantage of a serious discount (sometimes up to 50%) offered by a retailer, once a year, is smart with their money.

But these “smart shoppers” are few and far between.

Most Black Friday shoppers will fall into the next two personality types.

2. The shopper who shouldn’t but can (and does)

Many of us are going to skip the hoards of people who will descend on the malls and will default to the safety of our computer web browsers for our retail therapy experience.

We will be tempted to have a look at the online specials, and once we’ve clicked around, might even decide to pull out the debit card and buy something because we have the spare money.

Unlike the ‘smart shopper’ who has strategically planned their Black Friday, the ‘shopper who shouldn’t, but can’ doesn’t have a plan but can’t resist a good deal and feels satisfied with the decision because its not going to hurt them financially.

3. The shopper who can’t afford it, but shops anyway

This type of shopper should steer clear of Black Friday!

If you are the type of person who is likely to max your credit card because the allure of a 30% discount is too much to handle, you need to avoid shopping centres and unplug your PC this Friday.

Compulsive buying disorder (CBD) is characterized by excessive shopping, and people with CBD report a preoccupation with shopping because it brings a sense of relief following the purchase.

An article published on Psychology Today cited the following as the characteristics of compulsive buying. Do any of these ring a bell?

If you are going to shop this Black Friday, do so with some caution. Make sure you don’t suffer a serious bout of buyer’s remorse and end up experiencing a financial hangover that lasts well into 2020. 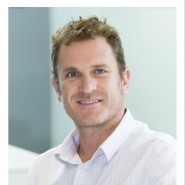 Gareth Mountain has had more than 10 years experience in the direct distribution of financial services and products. Gareth lives with his family in Cape Town and get his kicks from downwind paddling and surf lifesaving.

7 tips to help you save power

Know where your money goes and create a spending plan

Your rights regarding debt

Get Your Free Credit Report Today